Why do we Need to Save the World?

Truth is, that was an exageration. The world isn’t going to end any time soon, don’t worry. We do have soon problems though. Polution, climate change etc are some pretty big problems. So we are going to solve them.

Climate change and its effects are frequently exagerated in the news and by people around you. However, it is no lie that climate change is a problem. Fortunatly, it is easier to solve than you may think, well, I think so anyway. Ok so the problem is coal power stations (I’ll get to the other forms of emisions soon). So we get rid of coal power stations. What do we replace them with? Solar, no, that won’t do. It is expensive, but not only that. It creates mountains of waste, toxic waste, waste which will turn your insides liquid. Almost as bad as nuclear waste but, there is far more of it. Toxic waste with little regulation. So no, solar won’t work. Ok, what else wind?

A promising solution though it is still really quite expensive and more so, it is unreliable. What happens when the wind turns off. Batteries? Well again, toxic waste. Nuclear, believe it or not, a plausible solution but of course, there is the possiblity of another Chernobyl, and more over, the major problem, nuclear waste.

So not that sort of nuclear what I mean is fusion. 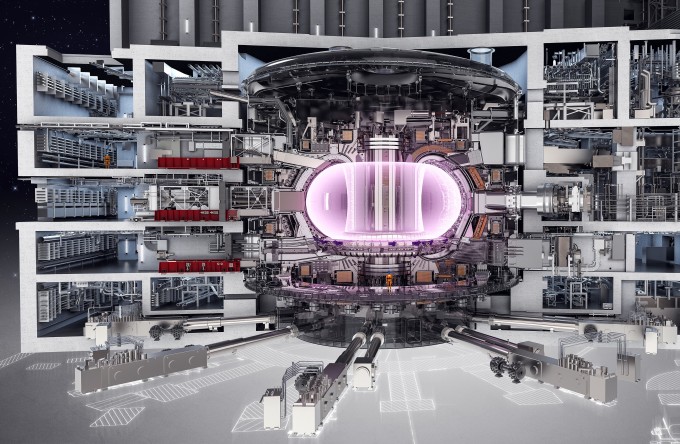 Fusion is what our sun does. It creates unimaginable amounts of power with no toxic waste or concequences to speak of. Well, if fusion is so great, where the hell is it! Well, for many years, scientists have been working on this revolutionary technolegy. But, for many years, they had to put more energy into the reaction than they would get out. But recently, scientists at the nuclear ignition facility (NIF) have managed to break even, putting just as much energy into the reaction as they got out. And it is only going to get better.

In the mean time though, there is LFTR (liquid floride thorium rector).

LFTR is our other answer. LFTR is pretty amazing, it is cheap, very safe, produces mountains of electricity and has only one drawback. Now, when put into practise, LFTR could cost 10 times less than a coal power plant! And its fuel, thorium is as common as lead, meaning that is cheap and won’t run out. Despite this, they can produce 200x more power than a conventional nuclear reactor. It is also very safe. It uses liquid fuels and so cannot lose presurisation like a conventional light water reactor. Now, that was alot. What it means is that the only way for a lftr to go all chernobyly would be to place a large bomb right next to the reactor.And even then, it would wouldn’t go chernobyly, it would more just have a slow, radioactive dribble. Here’s how it works:

Now, it has one drawback and that is waste, radioactive waste. Of course, it produces 200x less waste than a conventional reactor and far less than solar panels or coal power stations. The waste can also be reprocesed and is only harmful for a couple hundred of years. Despite this, it is still waste, toxic waste which has to be stored. And so, LFTR is only a temporary solution. By the way, if you were wondering why we don’t already have LFTR reactors, it is because you can’t make nukes with the waste. But now that the cold war is over, China, India and a few other countries are investing in this technolegy.

What About the Rest?

Well, over the next few decades, cars and transport will likely turn electric, and can be powered by these cleaner forms of electricity. Refining, perhaps mining, production and some forms of agriculture can all be electrified leaving only a small percentage of carbon emmisions from animals, deforestation, some forms of transport, mining and agriculture as well as rockets, fireworks and stuff. We will leave plastic and other forms of pollution for a future post because I don’t know how to solve these issues yet.

Thankyou for reading, please like, follow and leave any insights you may have in the comments below.

4 thoughts on “How to Save the World!”